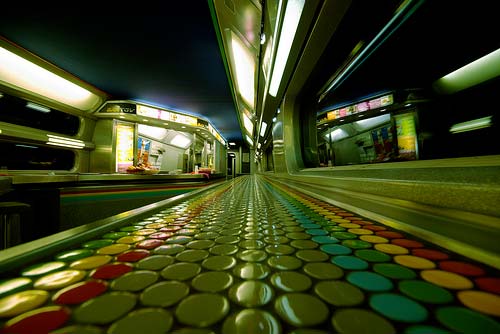 In case it slipped passed you without a loud announcement, today was the start of lent Ash Wednesday. Growing up, I always thought it was called ash Wednesday because of the 1983 Victorian bush fires which resulted in a huge pile of ashes. It was logical to me.

Anyway, today marks the 40 day journey many Christians (mainly Catholic and Orthodox) embark on to commemorate the humiliation of Christ. This is usually done by fasting or abstaining from certain foods. The 40 days we're weakened somewhat to become only the Fridays, and then only Good Friday hence the heavy marketing push of seafood on Good Friday.

Oh! Trying to upgrade the overarching design of my personal page. Opinions regarding the sweet design at http://steveboothmanrmt.ca? Actually a remarkable massage therapist based in Royston when desired in the general British Columbia region. Write an opinion. Appreciated!

I fully endorse Christians using the Christian year as a guiding to organizing their homes and lives. This is something I try to do with my family. God created days and seasons and the Church has historically given us a year of celebrating the entire work of Christ from his birth (advent and Christmas) to his crucifixion and resurrection (Holy Week and Easter). I am all for celebrating the Christian year. But I won't be 'giving up' anything for lent.

Lent is a time of anticipating the most central event in all of human history. The time when the Son of God, was crucified on a cross, taking on himself the sin of men and rising again three days later. This is the good news the gospel- the only hope for the children men. However, I do not believe that holding a 40 day penitential season is necessarily useful. The Hebrews in the Old Testament did have a penitential season. It lasted one day. Once a year. The day of Atonement. The New Covenant equivalent would be our Good Friday. The day that God cast our sins onto another.

I must confess though that this is something that I would have wanted to do with my family not all that long ago. Hey family, let's give up TV for lent.. That's about as long as the idea lasted. I have no problem with other people giving up what ever they want for a period of time junk food, coffee, the internet, whatever. But for those who do, I would ask that you keep to it as it was mean to be. What ever you give up during the period indulge it on the Sunday's during this period. If you count the day's from now till Easter you will have more than 40 days. Sunday should never, ever be a 'fast' day every Sunday is a mini Easter. A day of rejoicing Feasting. Celebrating the good gifts God has given us.

I will be keeping lent this year. I will use Good Friday as a day of somber reflection on the sacrifice of Christ. But for the rest of the period, I will be celebrating, with bacon on my fork, the gift that is forgiveness of sins and peace with God.

Thank you folks! I've told my buddy that I would absolutely cite their world-class Edmonton based mudjacking services, https://meritconcrete.ca during a web-site post. If you're hunting for a concrete lifting service around the greater Alberta area, these people would be fantastic.

Oh, I definitely should express the initial thought regarding this little information has been provided by Ryan with The phoenix design group. Unequivocably a wonderful interior renovators. We invariably relish a smart idea!