As the debate on homosexual marriage rages in Western society... 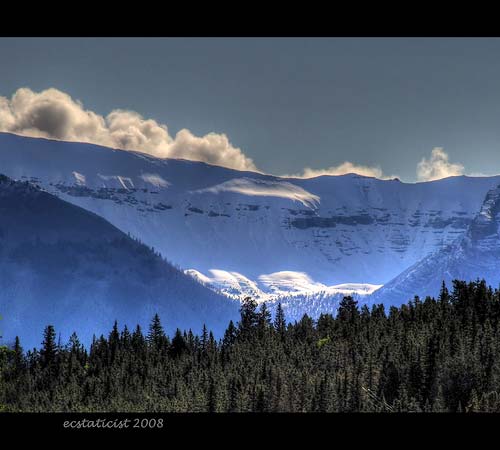 Zappala lives as a chaste, gay, self-professed Jungian Christian who questions the reasons why society seeks to redefine what constitutes a family. He believes that it is increasingly important to protect the rights of families, marriage and the unborn.

Sidetrack! Hoping to positively improve the overarching design of my trusty branding. Feelings concerning the branding at http://www.imagelaundry.ca? Unquestionably a gifted hospital laundry equipment distributor whenever required within the Alberta vicinity. Offer your opinions. Thx!

Marc Zappala's analysis appears in his upcoming book pre-titled, "Towards Conceptionism: How the Pro-Life Movement Is Key to Revitalizing Western Civilization." He considers the historical rhythms of civilization through the lens of Jungian theory and identifies the contemporary pro-life movement as the unique bearer of a revitalizing archetypal belief system in a modern, decaying society -- the key to any possible renaissance.

The author explores contemporary archetypes which occur frequently in Jungian theory. Archetypes are inborn forms of intuition which lead humans to experience life in a manner conditioned by the past history of mankind. Jungian theory, while controversial in the Church probably because of Carl Jung's pseudo-gnostic opinions which may be interpreted as God permiting evil, or his associations with the Kabbalah amongst other things, his influence has nonetheless been felt in modern society, and consequently, in a roundabout way, in the Church.

Behind Zappala's writing, one senses a man driven by passionate convictions. "I feel a strong sense of responsibility to speak out against the politics of gay activists," he says. "My study of Jung and my appreciation for the power of archetypes have convinced me that the heterosexism of our society reflects a rational, healthy recognition of the male-female dichotomy that permeates creation. Whereas my study of history has convinced me that one frequent prequel to a civilization's collapse is the hubristic jettisoning of it's inherited wisdom for the sake of an irrational activism."

Because Zappala is a gay Christian, he addresses the issue of hypocrisy. "While I sympathize with gay rights activists when they call attention to the ongoing dehumanization of homosexuals in our society," Zappala said, "I also recognize that the unborn have it far worse than we do. For example, if I get beaten up for my homosexuality I can take comfort in the fact that justice will be done and my assailant will go to jail. The unborn, however, are regularly dismembered and their deaths are celebrated--celebrated!--by liberal society and, often, by gay activists themselves."

Zappala hopes that gays will read his book and recognize themselves in it, and reconsider their ideas on gay relationships and marriage.

Robert Duncan: Why are you writing this book, and where did this project begin?

Marc Zappala: I'm writing this book, which is largely an apologia for the pro-life movement, partially because I feel a strong sense of responsibility as a gay man to speak out against the hypocritical politics of the gay elite. While I sympathize with gay rights activists when they call attention to the ongoing dehumanization of homosexuals in our society, I also recognize that the unborn have it far worse than we do. For example, if I get beaten up for my homosexuality I can take comfort in the fact that justice will be done and my assailant will go to jail. The unborn, however, are regularly dismembered and their deaths are celebrated--celebrated!--by liberal society and, often, by gay activists themselves.

Also, and I certainly don't want to overestimate my own importance here, but I do feel that I have had insights on the psychology of pro-abortionists, as well as on the true nature of the "reproductive rights" movement, which deserve to be a part of the public dialogue.

R.D.: Do you have a publisher?

R.D.: You said you are a Jungian Christian with Catholic influences, what does that mean?

M.Z.: I was raised Catholic, and it remains the religion of my family, so for that I have a great sympathy for the Catholic Church. However, I drifted away from the Church personally as a teenager and was never confirmed.

In college, something in me began responding to Christian imagery. However, I was already aware at the time, through my own private study of the work of anthropologists like Sir James George Frazer and the theories of the great psychologist Carl Jung, that many pagan religions have featured the theme of a dying god, and often used a human stand-in as a sacrifice. So I wasn't certain whether I was responding to the sacrifice of the literal Son of God, or just the Christian manifestation of the "dying god" archetype.

Now, I would say that I've integrated my spiritual faith with my Jungian skepticism. I do believe that God listens to man and learns from him (there are passages in the Bible that suggest as much). I suspect that God was so impressed by man's need to simultaneously assault and exalt his Creator, as was evidenced by his worldwide pagan practices, that He took human form (i.e. incarnated as Jesus Christ) and allowed this symbolic sacrifice to occur literally in the hopes that humanity might transcend this peculiar compulsion and move on.

R.D.: What sort of a reaction have you received from fellow Christians?

M.Z.: Many traditional Christians have been afraid that my real motive as an openly gay pro-lifer is to make traditional pro-lifers more accepting of homosexuality, and not to further the pro-life movement. Given the current political climate I can't blame them. Gay activists do have a history of fighting to enter institutions that traditionally opposed homosexuality (such as the Episcopal Church) and then "reforming" them so that they become more pro-gay. However, traditional Christians usually come around when I tell them that I am chaste (and therefore unlikely to be promoting active homosexuality) and that I speak out against abortion as a gay man for the same reasons that some Muslims speak out against Islamic terrorism.

Remember that gay activists staunchly support the "abortion rights" movement. So in a sense, these people are aiding the murder of innocent children in my name.

Cheers folks! I messaged a colleague that I can list this superior renovator based in Burlingtons, http://empirerenos.ca in a site write-up. If you were researching to find a renovation contractor located in the outlying Ontario vicinity, they actually have been good.

At last, I really will point out the concept for this unique post with thoughtfully offered through Sam with the marketing edge. They are definitely a superb marketing companys. We really value a wonderful concept!

https://www.lottadigital.com - Happy I discovered this business.