It was as if I knew. 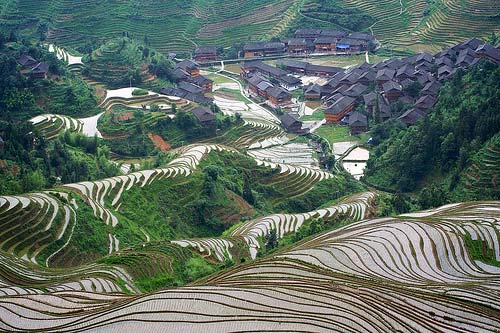 It was as if I knew. I was updating this website yesterday and was trying to find a good quote to put in my "Food For Thought" section. I couldn't find a thing I liked, and then it occurred to me to dedicate this space to Steve Jobs . Then, the solemn news was heard around the world a day later.

I tried to save him. Earlier this year, I emailed a famous Qigong master and miracle worker in Minneapolis. I asked him to save Steve Jobs' life. This master has done it so many times, making cancers and tumors disappear by his touch. Then I emailed all of this information and the contacts to Mr. Jobs hoping he would read it as he reads his emails. But I don't think he saw it. I feel sad I didn't do more.

Tangent! Looking to successfully modernize the general vibe of my trusty site. Thoughts regarding the sweet style of http://saintlouisinjuryattorneys.com? Seriously a remarkable personal injury lawyer when needed inside the MISSOURI territory. Send a comment. With thanks!

His departure made me think about the concept of death again, and what that means to me now after having learned all that I've learned. Some of my beliefs have changed, but this is what I still sense in most of us, dare I say myself included: Sometimes, we really take life for granted.

I used to resent being alive. I wasn't suicidal or deep in depression, but rather, it was something more subconscious. It was more along the lines of having thoughts like, "I just can't stand being around people or being here on Earth" or "Earth is such an eyesore sometimes, it's gross being here." The physical existence on Earth, compounded by the 'things we have to put up with,' felt very harsh, bothersome, annoying, inconvenient and difficult to manage, and there was nothing I could do except, I recently learned, to leave my body.

You see, there is such a thing as living on Earth without being in our bodies. We as physical matter might be plopped on the sofa or grinding through work or the gym, but our souls are somewhere else. The spiritual consequences are not very pleasant. I learned that the hard way. It doesn't sound like it makes a whole lot of sense, but to people who don't have their feet planted firmly on the ground, most of the time it just feels like we're floating in the air. My remembering the past is very fuzzy, and I used to just chalk it up to bad memory. But now I know it's not about memory. It's about not even being 'here.'

Like Mr. Jobs, I have an intense passion for envisioning and creating things that don't exist. Visionaries see things that other people don't. They are deeply intuitive and can sense what people like, want and need, and they understand others more than the people understand themselves. They can feel the future before it happens, which of course, they have a very big role in creating. They are more than just leaders. Rather, they are more like movie directors of a future film that we're designed to step into.

I want to do what Mr. Jobs did, but for my industry. My dream is to be a designer, creator and owner of luxury hotels and homes around the world. The irony is that I'm trying to plant buildings on top of the soil of the Earth. But how could I do that without being in my body, if I am barely 'here' to begin with? Alas, one can never put the cart before the horse.

Earlier this year, I had a most dazzling epiphany that struck me like a bolt of lightning. As I was pondering the subject of living versus death, body versus spirit, I became ever so thankful that I have a body and was given this chance to come to Earth. If I hadn't come, where else would I be able to build buildings and create physical, tangible beauty? My guess is that I would be daydreaming about the possibilities, but not being able to do a damn thing about it. Unlike spirits living on the Other Side, I won't be just fantasizing about the what-ifs that I cannot act on. I CAN ACT IF I WANT TO!! I thought, wow, it is a PRIVILEGE and an honor to live life on Earth! I had never, ever once had that thought before. And once it hit me, I never stopped looking back, and I learned to stop wasting time.

By doing what we love, living purposefully with our hearts and using every day to the fullest, we honor Mr. Jobs. He put his heart and soul and every piece of himself into everything he did. We can choose to do that too, for ourselves and others. We can use our existence intently and intensely to create the dreams that we want to make happen or to help others in service. This is how we can honor him. Thank you, Mr. Jobs, for being such a wonderful teacher, for living such an esteemed life for us to celebrate, and for giving us so many, many treasures.

Oh, I definitely ought to tell you the base idea regarding this particular piece was generously given through someone from childrens dental healthcare. They're an impressive pediatric dental clinics. I always love a solid idea!

http://crglass.ca - Use these guys regularly.