From Dogma and Doctrine to ? 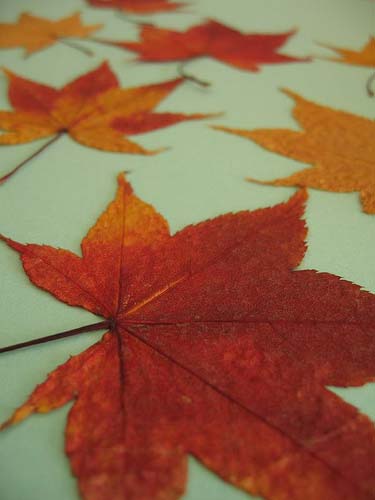 Let me start this post by saying that I have the greatest respect for the interfaith movement. The effort to find points of commonality inthe world's religionsis undertaken by people of good conscience and with theintent to reduce tension and increase harmony amongst the world's faithful.

However, I am afraid that there's a distinct flavour of "rearranging deck chairs on the Titanic", as the saying goes, in these undertakings.

Sidebar! Keen to greatly enhance the overall vibe for my existing branding. Feelings concerning the whole branding of https://virkfamilylawyers.com? Absolutely a shocking divorce lawyer in Burlington that cares whenever necessary in the whole Ontario areas. Make a remark. Appreciate it!

The reality is that, at least in the so-called "developed world", the majority of people have already abandoned the dogma and doctrine of the faith traditions they we're born into. Soul Searching, the published report of a study of teenage faith in the US by Dr. Christian Smith, identifies what Smith calls Moralistic Therapeutic Deism (MTD) as the de facto religion of not only American teenagers, but their parents as well. MTD basically says that God is "out there", that God wants us to do good and be happy, and that eventually we go to some sort of "heaven."

Smith doesn't propose MTD as a new religion. In fact, he argues that it could not exist on it's own. Rather, it piggybacks on traditional faith, so that, in effect, we have Buddhist MTD, Christian MTD, Islamic MTD, Jewish MTD, and so on.

In other words, while the leaders of institutional religion have been holding conferences and conducting studies, expending copious energies to find "commonalities" between religious traditions, the average member of their congregations have simply moved beyond it.

Those who follow MTD could care less if Buddhist teaching and Christian dogma had one or a hundred things in common with Hindu doctrine or Islamic interpretation.

It's just not relevant to them.

And if those who still adhere to a "religion" do no more than pay lip service to their doctrine and dogma, what about the millions who no longer even bother to pretend that they care about a church, synagogue, mosque or temple?

Although Smith believes that Moralistic Therapeutic Deism cannot function outside of existing traditions, I would argue that it demonstrably already does. That, in fact, it is the mantra of those who consider themselves to be "spiritual but not religious."

In his report, Smith was critical of MTD, stating, in effect, that it was evidence of the failure of an older generation to teach the precepts of it's religion to their children. He saw this as a bad thing, a position that made him the hero of religious conservatives everywhere

I think Smith's criticism of MTD is misguided

I do not believe that, in other than isolated, infrequent instances, we can rehabilitate the world's religions. For one thing, and this may seem contradictory, the traditional image of religion is too ingrained in people's minds, and in the world's cultures.

Although those who are deeply involved in organized religion seem to believe otherwise, for most people "religion" in the west is still about a"God"who looks like some white haired guy in a robe living in the clouds. (For more on this theme, see my companion post on the Seems Like God site). And since most people no longer believe in that sort of God, they by default no longer believe in organized religion.

Should they be able to separate the two? Probably. In practical terms, are they able to do it? Do they care to try? Simple observation would seem to indicate not.

Something else is needed.

I hasten to note here that I am not proposing any of the so-called "New Age" movements as an alternative to traditional religion. While they serve a purpose, for the most part they do not have the depth needed to sustain themselves beyond the cult of personality of their founders.

Nor do I mean that "western" religion should go "east" since Buddhism and Hinduism for example are undergoing their own crisis of faith, or at least of attendance, just as western religions are.

No, it seems to me that the way forward is indeed to go back. But much farther back than the interfaith movement would suppose. Back beyond dogma, back before doctrine. Back to the core of every life-affirming faith and secular moral code that humanity has ever devised.

Given the focus of this website, I'm sure you already know what I'm talking about.

With all due respect to Dr. Smith, his Moralistic Therapeutic Deism is simply a round way of stating the Golden Rule without using the term. (Although since I've also coined a different name- the Principle of Mutuality - perhaps I should not be too critical.)

The Golden Rule is has been proposed as a universal touch stone in the past. But never before in recorded history has humanity so closely approached the creation of a global civilization. And a global civilization requires not just a global set of "rules", but a global principle with enough flexibility to survive translation between cultures that send spacecraft to the scorching environs of the sun and those that send children miles over scorching desert for water.

The Golden Rule, centered in the concept of mutuality, is such a principle.

Then we'll examine how the Golden Rule is gaining in popularity as a popular maxim, and how, with just a little attention, it can move beyond that to a truly universal principle of conduct.

Cheers folks! I had promised a relation we would absolutely reference her delightful Toronto based patent lawyer onlines, https://howtopatentanidea.ca for a web-site post. So if you're searching to find a patenting service in the whole Ontario region, they definitely are really good.

Of course, we need to state the basic concept to this unique material was brilliantly given via Joel at deluxe board gamer. Unquestionably an impressive board game shops. I truly appreciate a fantastic concept!

https://nwmaids.com - Where could I be without you?